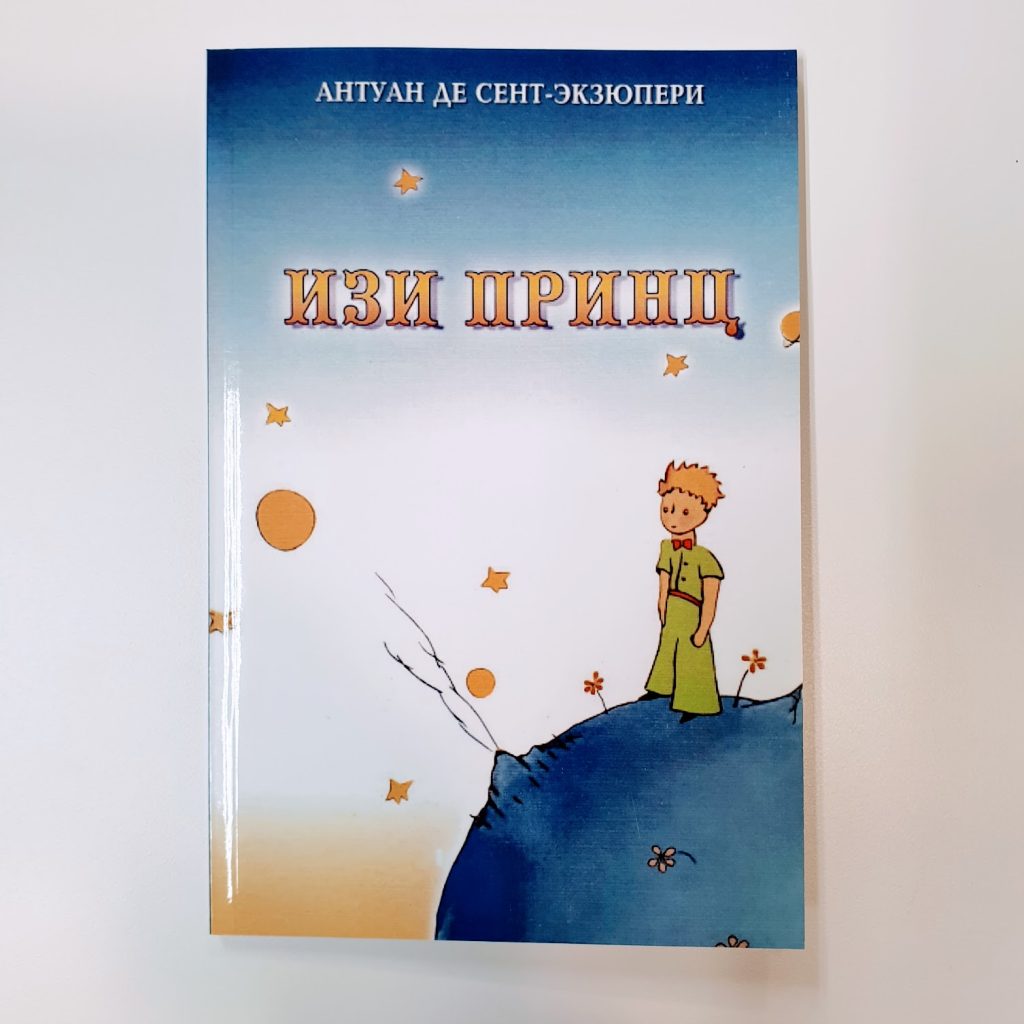 Изи Принц / Izi Prints — in Hill Mari. The Mari language / марий йылме / марийский язык is spoken by approximately 400,000 people. It belongs to the Uralic language family. It is spoken primarily in the Mari Republic (Mari: Марий Эл, Marii El) of the Russian Federation as well as in the area along the Vyatka river basin and eastwards to the Urals. Mari speakers, known as the Mari, are found also in the Tatarstan, Bashkortostan, Udmurtia, and Perm regions.

The Mari language today has two standard forms: Hill Mari and Meadow Mari. The latter is predominant and spans the continuum Meadow Mari to Eastern Mari from the Republic into the Ural dialects of Bashkortostan, Sverdlovsk Oblast and Udmurtia), whereas the former, Hill Mari, shares a stronger affiliation with the Northwestern dialect (spoken in the Nizhny Novgorod Oblast and parts of the Kirov Oblast). Both language forms use modified versions of Cyrillic script.