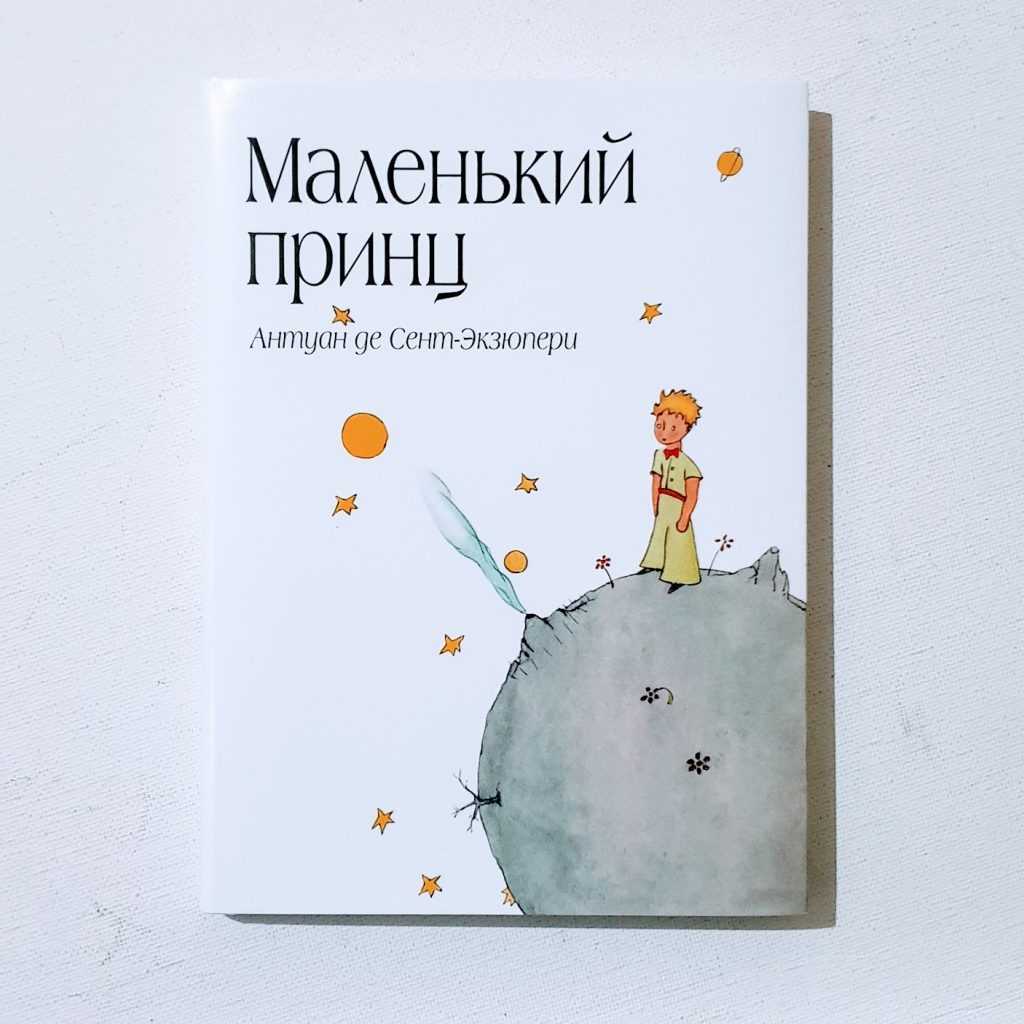 This book is in Russian (русский язык), an East Slavic language, which is official in the Russian Federation, as well as being widely used throughout Eastern Europe, the Baltic states, the Caucasus and Central Asia. It was the de facto language of the Soviet Union until its dissolution on 25 December 1991. Russian is the largest native language in Europe and the most geographically widespread language in Eurasia. It is the most widely spoken of the Slavic languages, with 144 million speakers in Russia, Ukraine and Belarus. Russian is the eighth most spoken language in the world by number of native speakers and the seventh by total number of speakers. 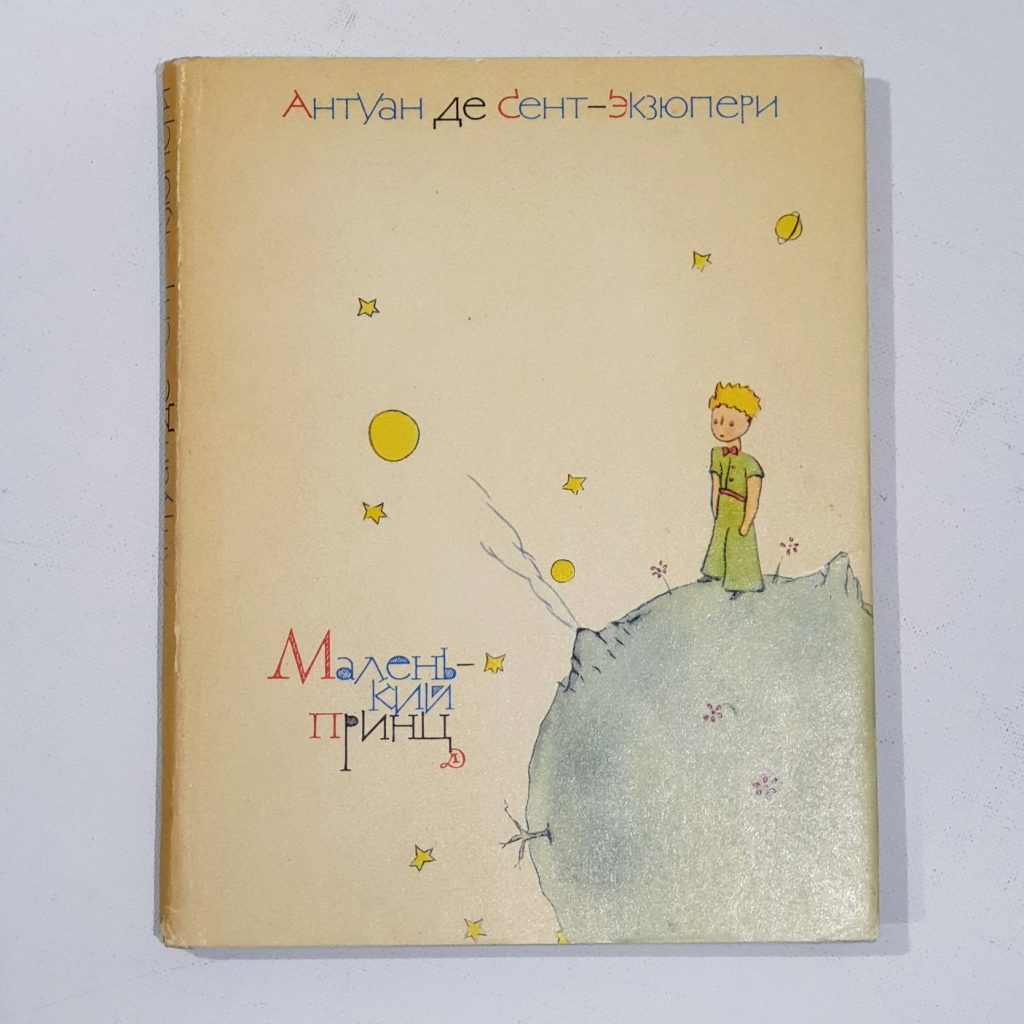 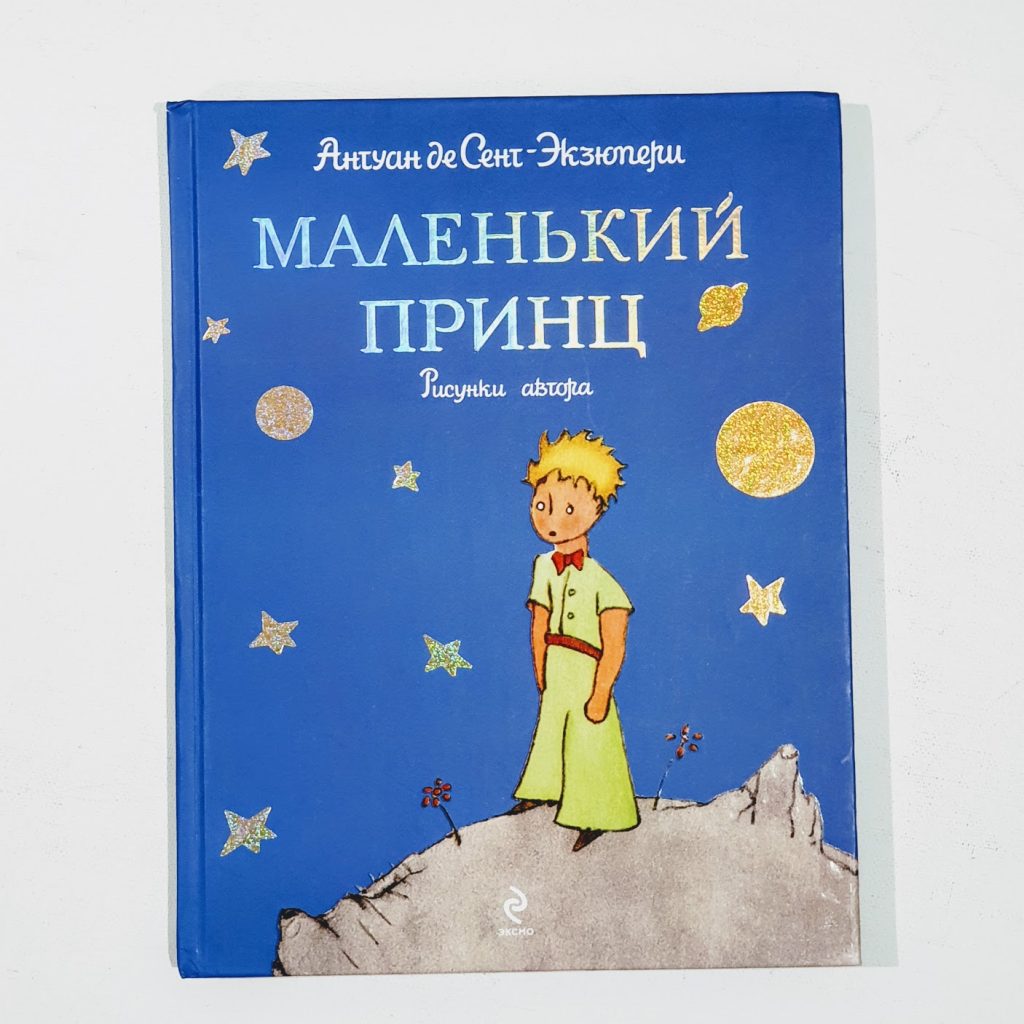 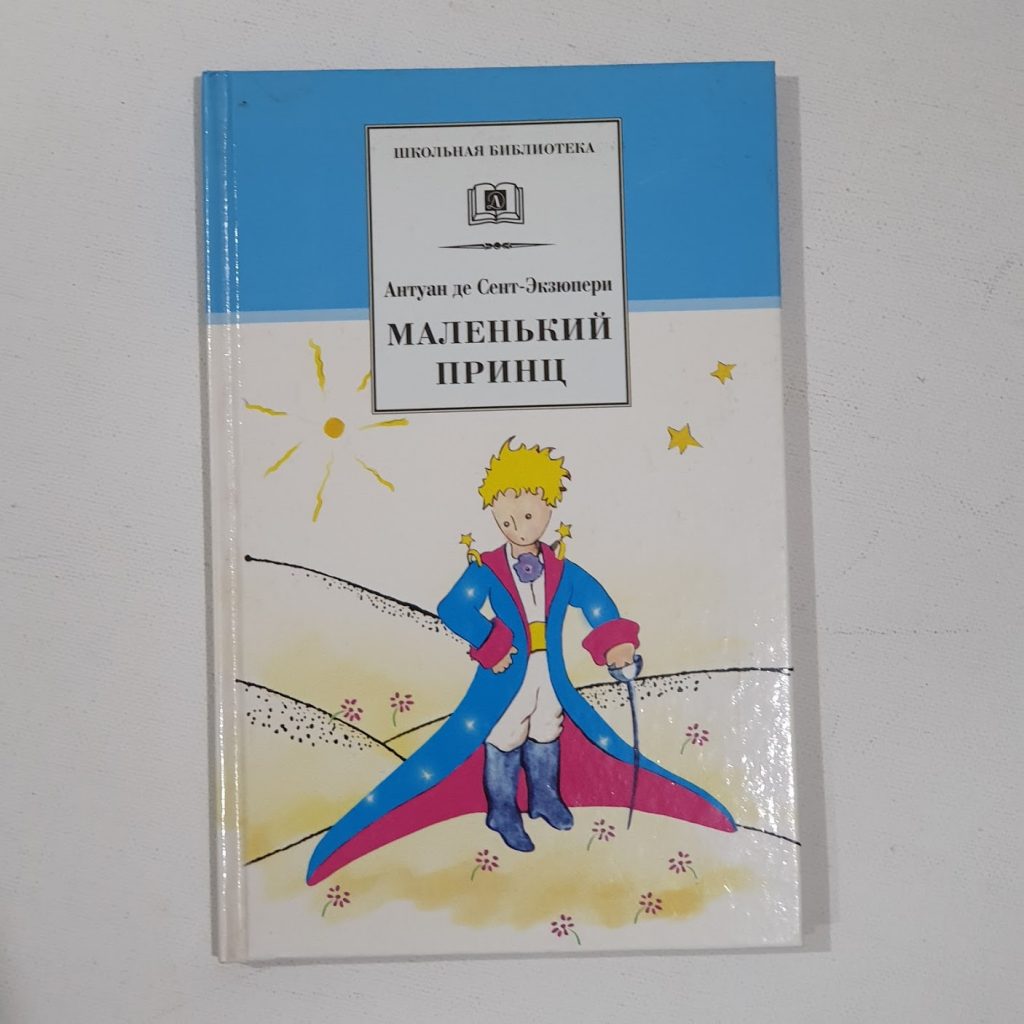 Маленький Принц (Malenky Prints) — published by Detskaya Literatura, Moscow 2004. The first Russian translation I got. The printing technology used will remind us of old time books.