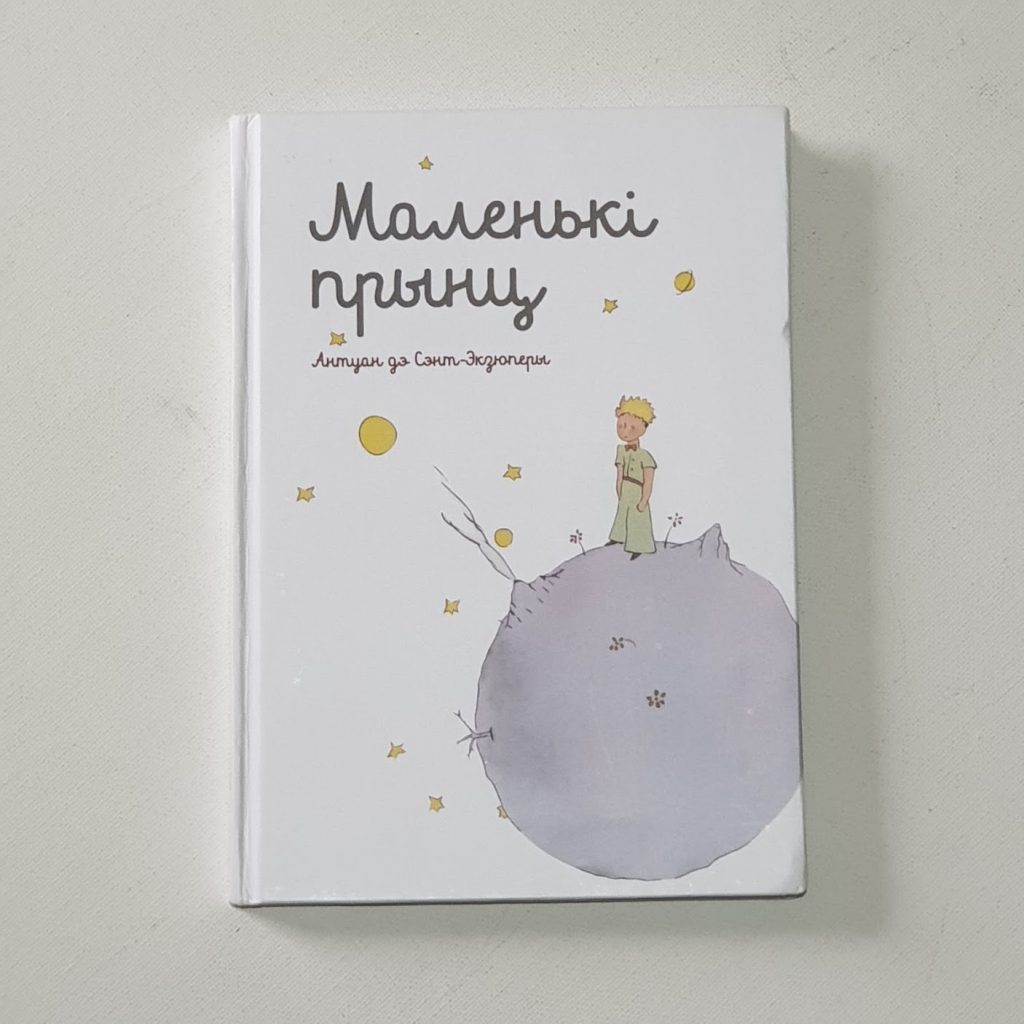 Маленькі прынц (Malen’ki Prynts) – in Belarusian language (беларуская мова), which is an official language of Belarus. Before Belarus gained independence from the Soviet Union in 1991, the language was only known in English as Byelorussian or Belorussian, transliterating the Russian name, белорусский язык, or alternatively as White Ruthenian / White Russian (with the meaning Rus’ but not Russia).

Belarusian is one of the East Slavic languages and shares many grammatical and lexical features with other members of the group. To some extent, Russian, Ukrainian, and Belarusian are mutually intelligible. Its predecessor stage is known as Ruthenian. 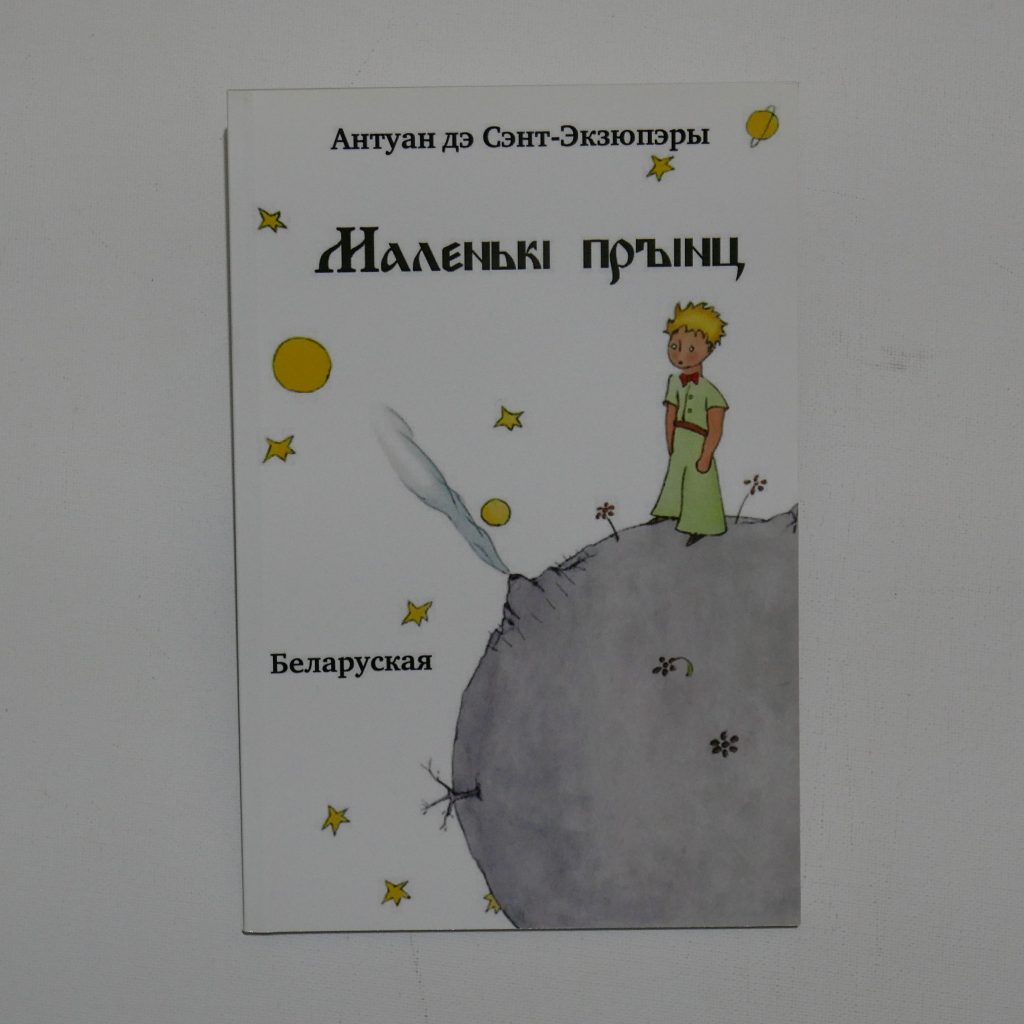