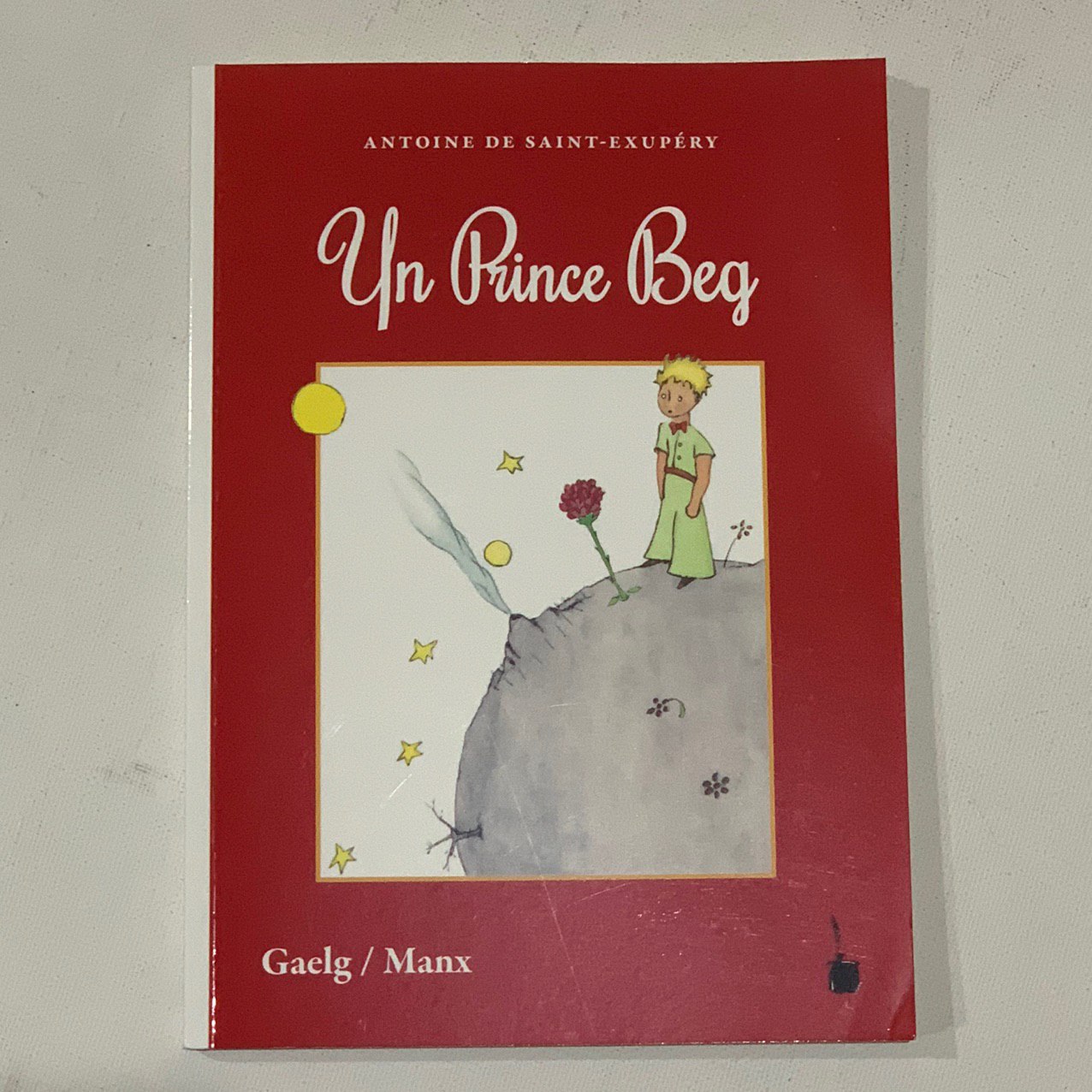 Yn Prince Beg, in Manx Celtic language used in the Isle of Man. Manx (native name Gaelg or Gailck) is a member of the Goidelic (Gaelic) language branch of the Celtic languages of the Indo-European language family. The language has never fallen completely out of use, with a minority having some knowledge of it; in addition, Manx still has a role as an important part of the island’s culture and heritage. Manx has been the subject of language revival efforts; in 2015, around 1,800 people had varying levels of second language conversational ability. Since the late 20th century, Manx has become more visible on the island, with increased signage, radio broadcasts and a Manx-medium primary school.