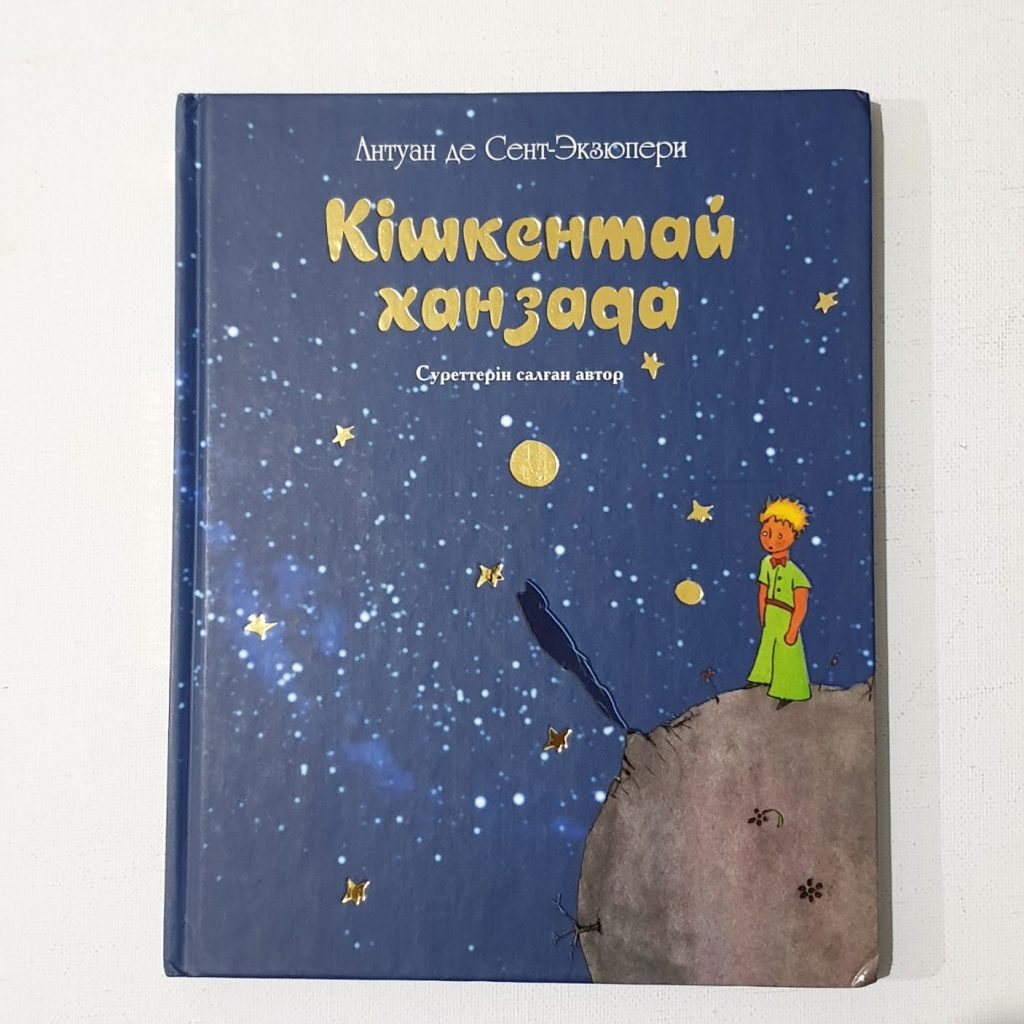 Кішкентай ханзада / Kishkentay Khanzada — in Kazakh / Kazak / қазақша / қазақ тілі / قازاقشا‎ / قازاق تئلئ‎, a language belongs to the Kipchak branch of the Turkic languages. It is closely related to Nogai, Kyrgyz, and Karakalpak. Kazakh is the official language of the Republic of Kazakhstan and a significant minority language in the Ili Kazakh Autonomous Prefecture in Xinjiang, China and in the Bayan-Ölgii Province of Mongolia. Kazakh is also spoken by many ethnic Kazakhs through the former Soviet Union (approximately 472,000 in Russia according to the 2010 Russian Census), Afghanistan, Iran, Turkey, and Germany.