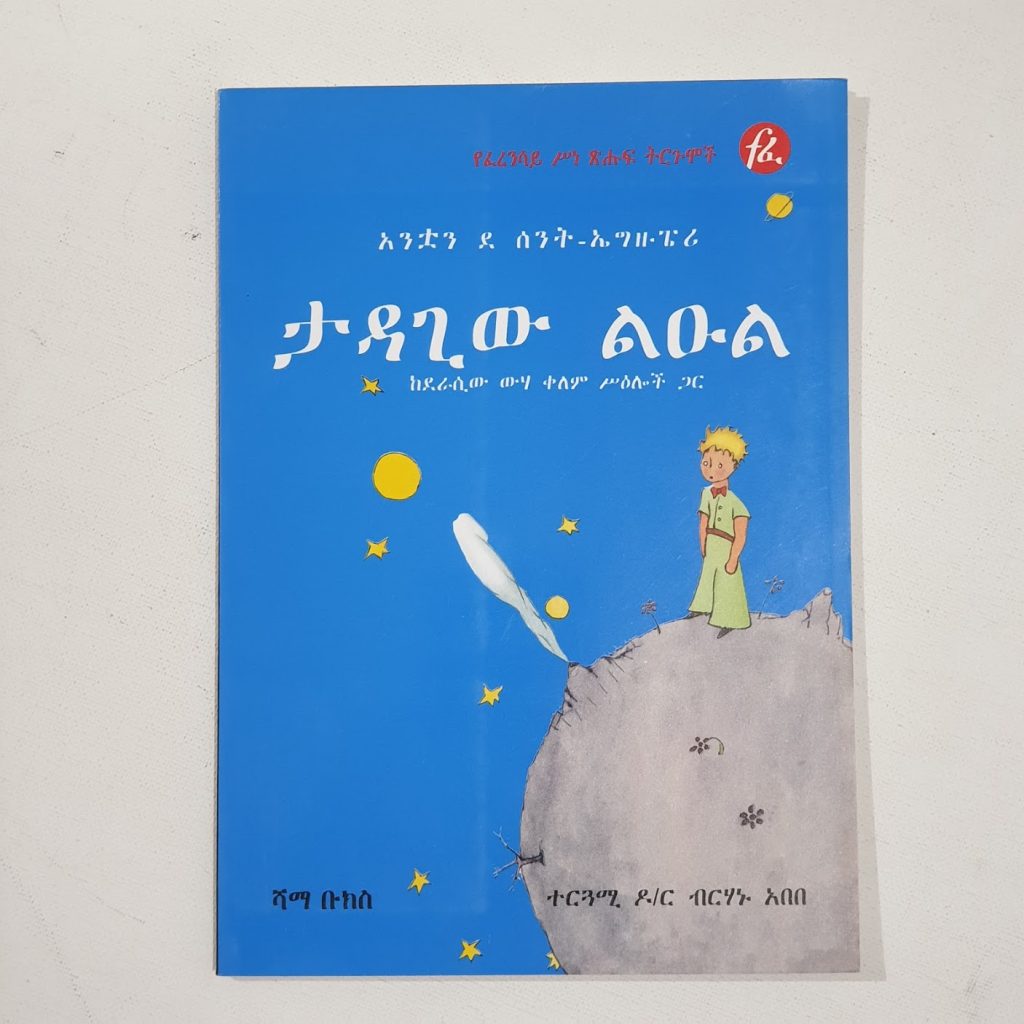 ታዳጊው ልዑል / Tadagiwe Leul — in Amharic letters & language used in Ethiopia. Amharic (አማርኛ) is one of the Ethiopian Semitic languages, which are a subgrouping within the Semitic branch of the Afroasiatic languages. It is spoken as a first language by the Amharas and as a lingua franca by other populations residing in major cities and towns of Ethiopia. The language serves as the official working language of Ethiopia, and is also the official or working language of several of the states within the Ethiopian federal system. Amharic is the second-most commonly spoken Semitic language in the world, after Arabic.