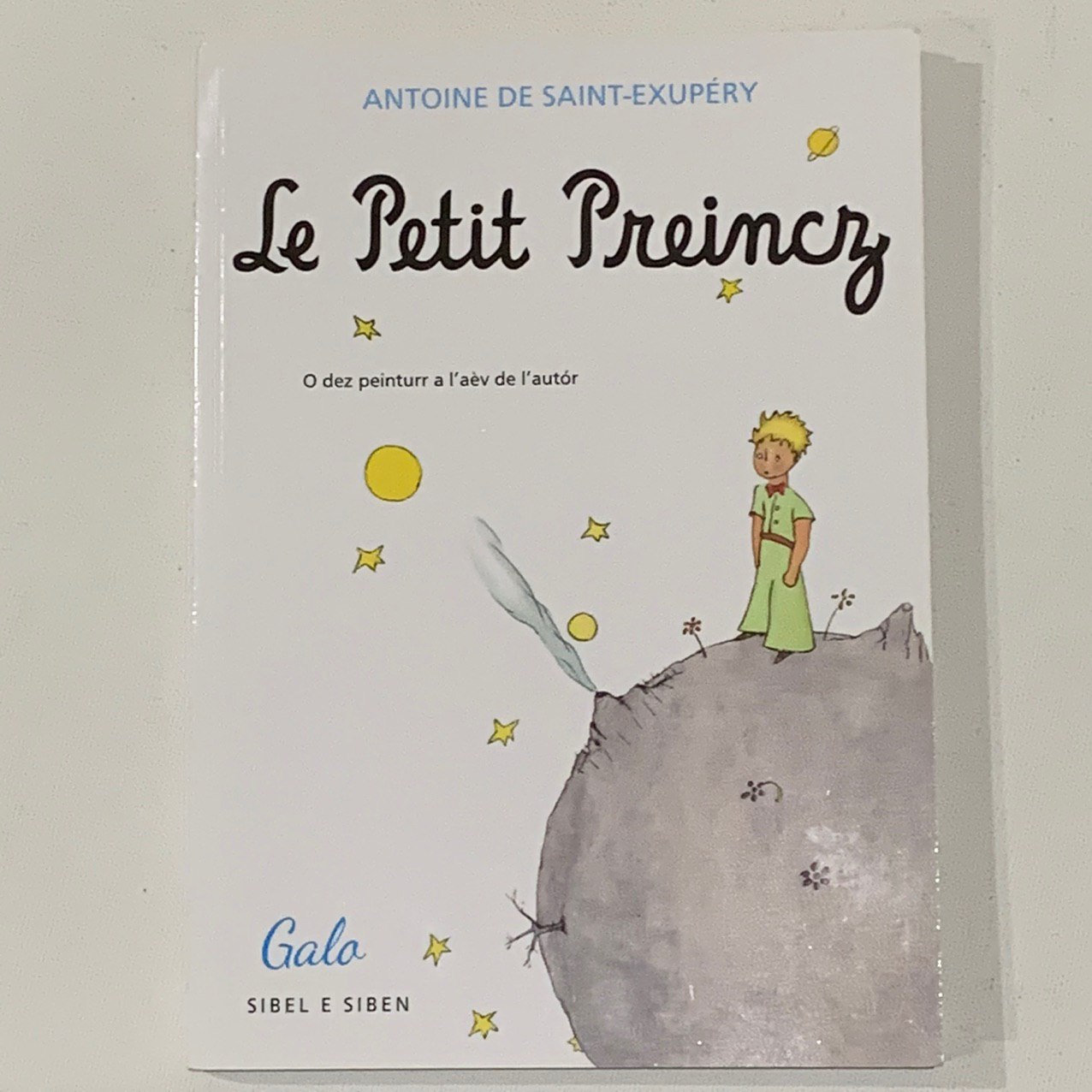 Le Petit Preincz — in Galo / Gallo, a regional language of France classified as one of the Oïl languages. Gallo was originally spoken in the Marches of Neustria, which now corresponds to the border lands of Brittany and Normandy and its former heart in Le Mans, Maine. Gallo was the shared spoken language of several of those who took part in the Norman conquest of England, most of whom originated in Lower Brittany and Lower Normandy. Thus, Gallo was a vehicle for the subsequent transformation (“Gallicisation”) of English, along with the Norman language. Gallo continued as the language of Upper Brittany, Maine and some neighbouring portions of Normandy until the introduction of universal education across France, but today Gallo is spoken by only a small minority of the population, having been largely superseded by standard French.