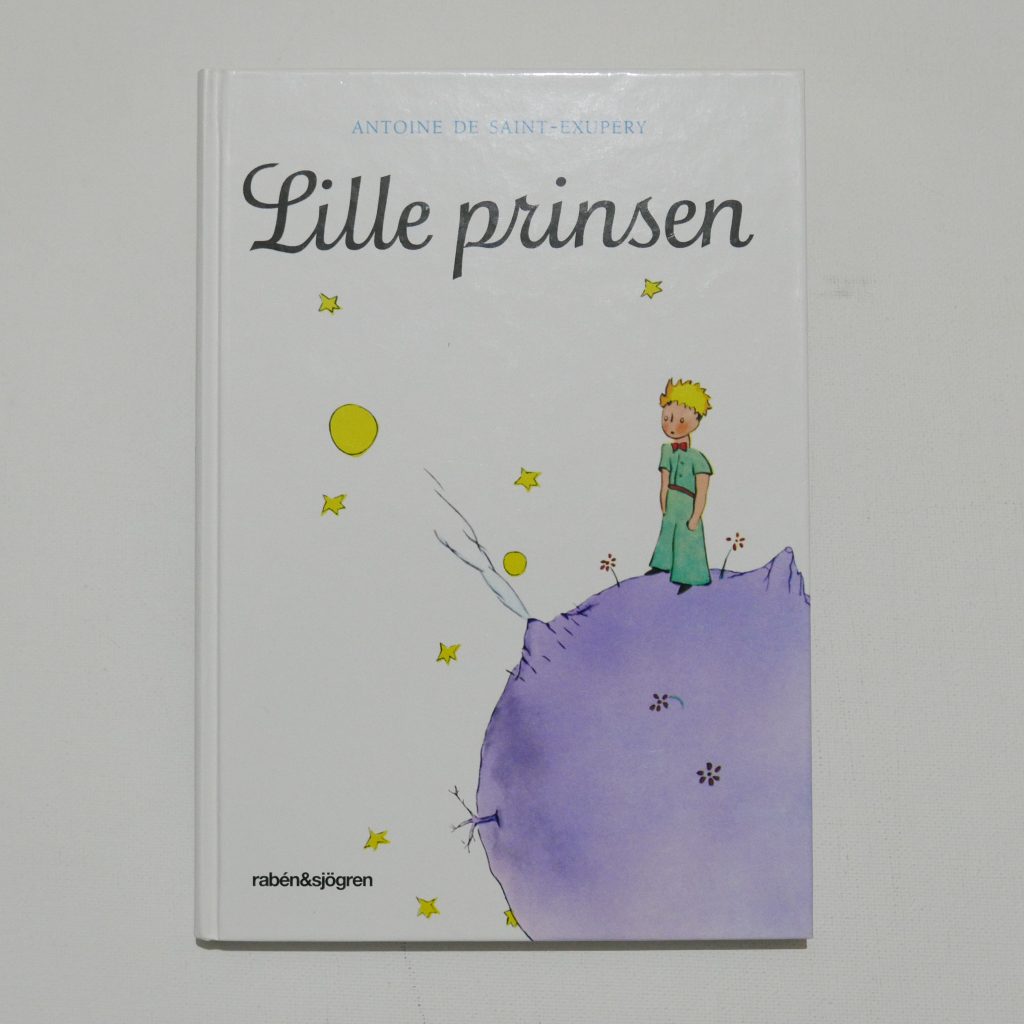 Lille Prinsen, in Swedish. I bought this book in Helsinki. Besides Finnish, Swedish is also an official language in Finland.

Swedish (svenska) is a North Germanic language spoken natively by 9.6 million people, predominantly in Sweden (as the sole official language), and in parts of Finland, where it has equal legal standing with Finnish. It is largely mutually intelligible with Norwegian and to some extent with Danish, although the degree of mutual intelligibility is largely dependent on the dialect and accent of the speaker. Both Norwegian and Danish are generally easier for Swedish speakers to read than to listen to because of difference in accent and tone when speaking. Swedish is a descendant of Old Norse, the common language of the Germanic peoples living in Scandinavia during the Viking Era. It has the most speakers of the North Germanic languages.