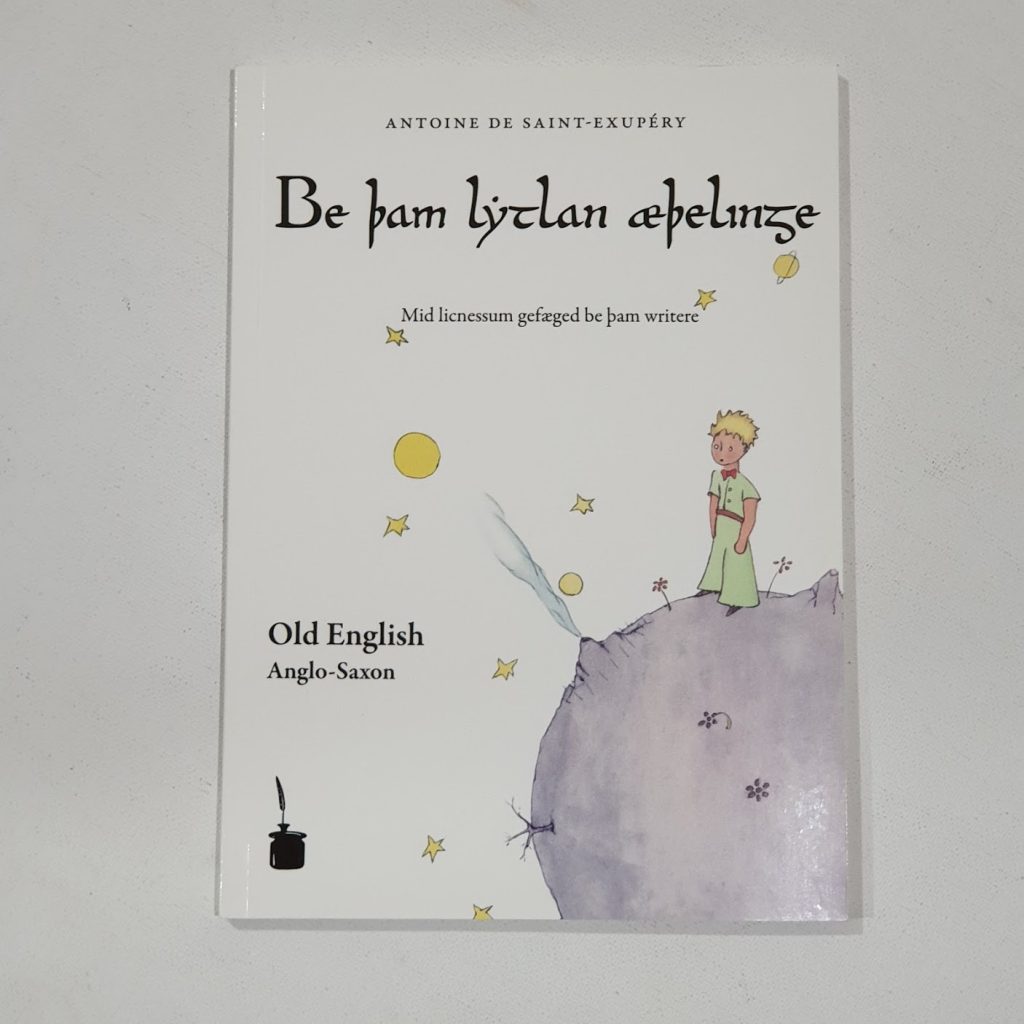 Be þam Lẏtlan Æþelinge, in Old English or Anglo Saxon language. This is the earliest historical form of the English language, spoken in England and southern and eastern Scotland in the early Middle Ages. It was brought to Great Britain by Anglo-Saxon settlers probably in the mid-5th century, and the first Old English literary works date from the mid-7th century. After the Norman conquest of 1066, English was replaced, for a time, as the language of the upper classes by Anglo-Norman, a relative of French. This is regarded as marking the end of the Old English era, as during this period the English language was heavily influenced by Anglo-Norman, developing into a phase known now as Middle English. 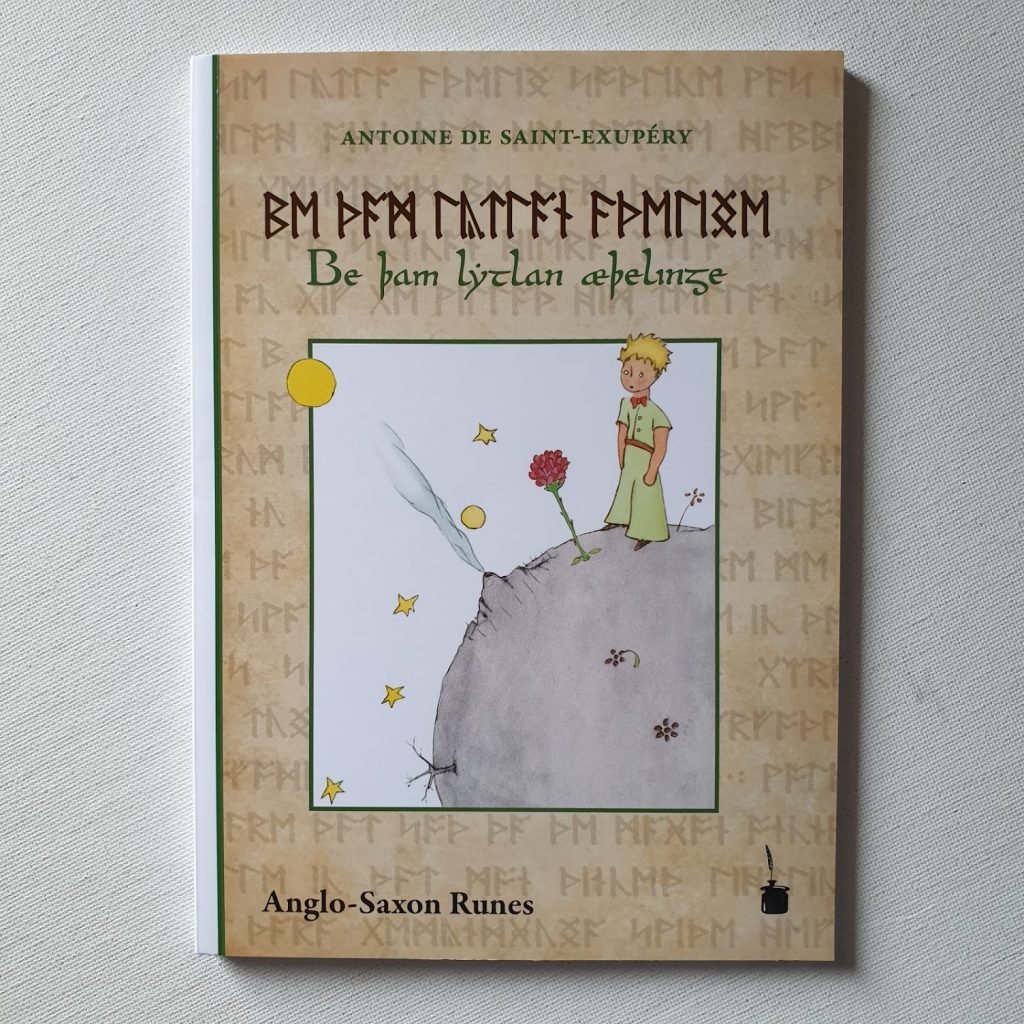