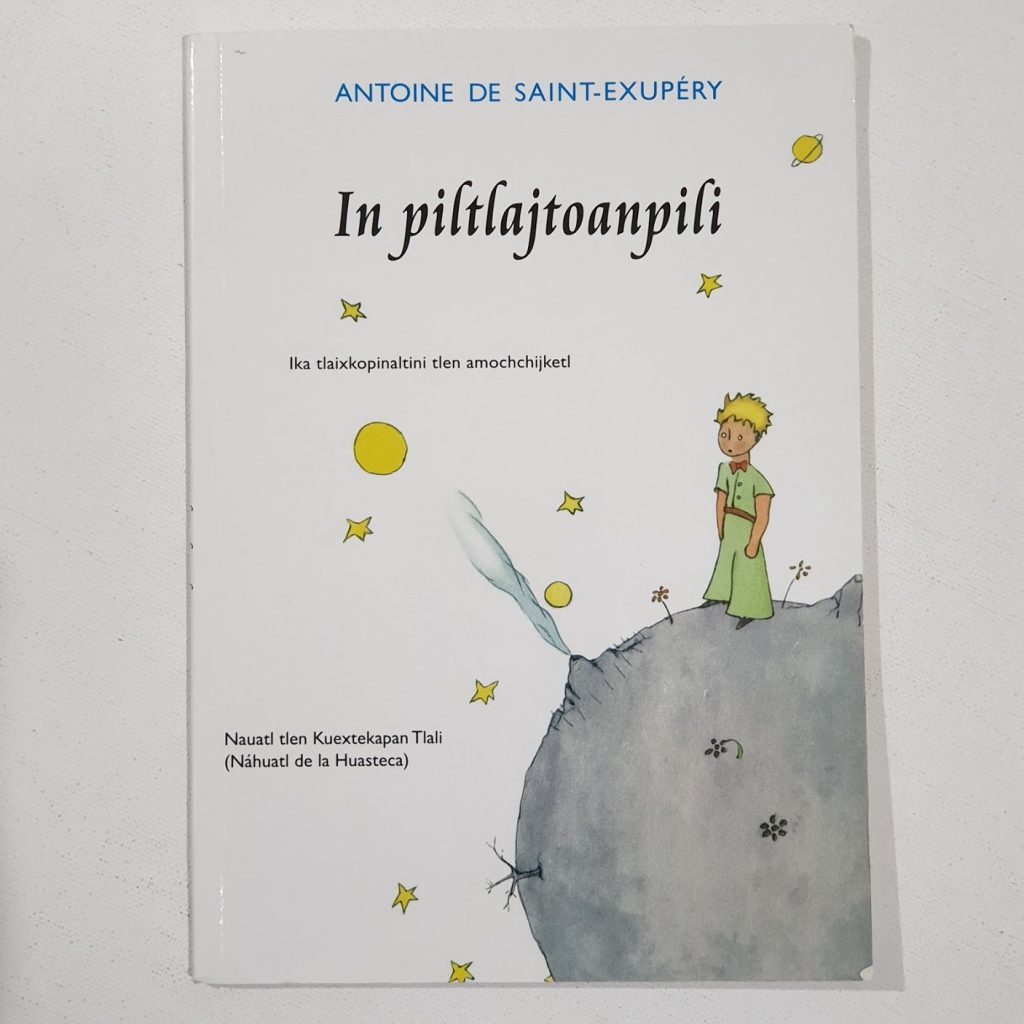 In Piltlajtoanpili — in Nahuatl (known historically as Aztec), which is a language or group of languages of the Uto-Aztecan language family. Varieties of Nahuatl are spoken by about 1.7 million Nahua peoples, most of whom live in central Mexico. Nahuatl has been spoken in central Mexico since at least the seventh century CE. It was the language of the Aztecs, who dominated what is now central Mexico during the Late Postclassic period of Mesoamerican history. During the centuries preceding the Spanish conquest of the Aztec Empire, the Aztecs had expanded to incorporate a large part of central Mexico, and their influence caused the variety of Nahuatl spoken by the residents of Tenochtitlan to become a prestige language in Mesoamerica. At the conquest, with the introduction of the Latin alphabet, Nahuatl also became a literary language, and many chronicles, grammars, works of poetry, administrative documents and codices were written in it during the 16th and 17th centuries. This early literary language based on the Tenochtitlan variety has been labeled Classical Nahuatl, and is among the most studied and best-documented languages of the Americas.