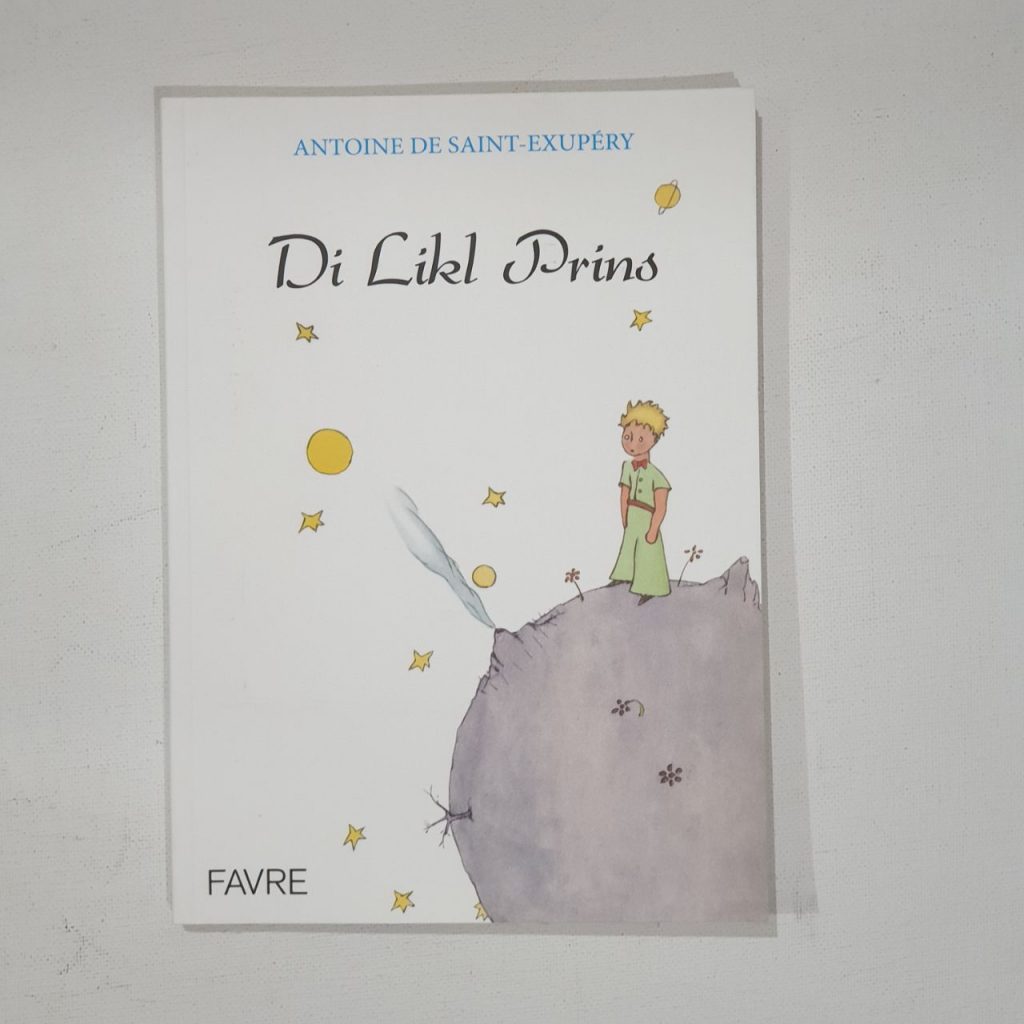 Di Likl Prins — in Jamaican Patois, known locally as Patois (Patwa or Patwah) and called Jamaican Creole by linguists. It is an English-based creole language with West African influences (a majority of loan words of Akan origin) spoken primarily in Jamaica; it is spoken by the majority of Jamaicans as a native language.